Skip to content
Home » An invisible plane turning into a helicopter 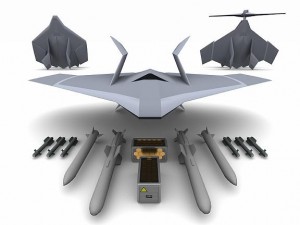 According to the latest news from the military supplies world, the British Ministry of Defense is looking for suppliers capable of supplying an UCAV (Unmanned Combat Aerial Vehicle) similar to a Stealth plane, but also equipped with rotors which make it float like a pilotless helicopter.

This prototype is to be used both in urban guerrilla warfare situations, for crime enforcement, and most of all in war zones, especially where the terrain is rough and not very safe for ground troops, such as for example the mountains and gorges in Afghanistan, where troops might be subject to ambushes while an automated plane could easily strike without any risk for personnel.

Specific requests made by the Ministry, in fact, are aimed at an optimization of results obtained by conventional (manned) planes and missiles equipped with target acquisition and pointing systems, by using new designs on UAV-type planes, both in war areas with a range of up to 900 kilometers, and in urban environment.

At the current stage, the Ministry is starting private and confidential negotiations with three industries operating in the missile, aerospace and UAV field, which will have to submit a project draft, according to requirements set, within the first months of 2010.

Among the features listed in these requirements, along with flexibility of usage that makes it possible to quickly turn the vehicle from a plane to a copter and vice versa, the possibility of being launched from board of a frigate ship at sea. The results of the development program, called
Novel Air Concept, are expected to be seen by 2015, with a first experimental operating phase.