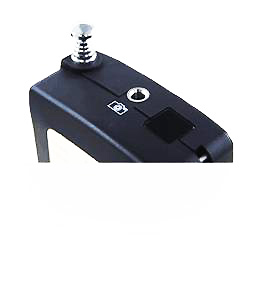 Those who do not live in Italy and do not follow Italian affairs may not be completely familiar with details of the several bills that the Berlusconi government is presenting to the Parliament in order to have them approved. The talk might go on for days concerning whether they are politically legitimate or not, but sure enough some of them are controversial, to say the least, and have been raising more than one eyebrow.

For example, the one that has caused the widest outrage, along with the Alfano Law, which was supposed to protect the holders of the four highest offices in Italy (and incidentally, the prime Minister himself) from any trial, and that has been rejected by the Supreme Court, was the possible bill about telephone and room eavesdropping devices within the framework of criminal investigation.

Had this bill passed, the district attorneys would have seen their hands almost tied during the investigation phase of the trial, as they would have been able to authorize planting covert bugs only when serious clues are present, and not in case of presence of a limited number of clues as the current law says. This is not valid for organized crime and terrorism, and for any crime which could be punished with sentences longer than 5 years; for these crimes, the current legislation would still be applicable.

Another aspect that would be dramatically limited is the duration of the interception operation, which is limited to a maximum of two months (that is, one month plus two additional 15-day terms) which undoubtedly is too short a time to gather substantial and incontrovertible evidence to prove a defendant’s possible guilt (or his innocence), especially if financial misgivings are involved; incidentally, financial crimes are those that have put Berlusconi in hot water.

But what undoubtedly would make the current Italian Prime Minister a happy man is the part of this bill which forbids publication of any documentation concerning preliminary investigations, or even the ban on informing the public opinion on any warrant received by a defendant. Considering the limitations inflicted to investigations, there would not be much time to issue one, and should a judge be able to do it, it would no longer be possible to report this simple fact on a magazine or newspaper, thus keeping the general public unaware of any crime committed by their representatives.

Should a journalist publish such acts, or any excerpts from eavesdropped conversations, he could be fined or even jailed, while if a judge makes any comment on ongoing investigations or proceedings, he could even be stripped of his office. In short, not only investigations would be thwarted, but the public’s right to be informed (and to make their choice at the polling station based on this information) would suffer a severe blow.

Telephone interception, in the past, has helped catch dangerous criminals, as well as preventing financial crime, with an immediate benefit not only for public security, but, notably, for the State’s finances.

Therefore, it is just fair to ask ourselves who would really be benefiting from such a bill being passed, if not those with something to hide from the law, or those who fear that the content of their eavesdropped conversations would harm them if made public.

And among these people, as you can easily learn from newspapers worldwide, the most notable one is, incidentally, the person who is governing Italy since years.