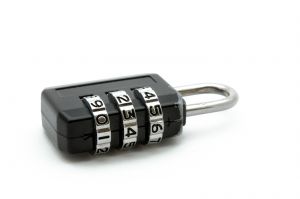 Many sites worldwide are reporting today the news about a young German hacker who published the algorithm used by GSM cellphone networks to encrypt their phone calls. It is a 64-bit encryption key called A5/1.

This encryption has been used for well over 20 years to manage the phone calls placed by over 4 billion mobile phones worldwide. Making its key available to the general public might put the privacy of our conversations at risk, and Karsten Nohl, the hacker who recently announced his discovery during a convention, has stated that his move is aimed at pushing GSM operators towards implementation of more advanced systems to provide a higher security.

Operators are actually already planning to boost their technology to switch to 128-bit A5/3 encoding, which will provide protection from attacks that, according to Nohl, can be carried out simply with a computer and some radio equipment valued at around 2000 euros. For operators, another way to guarantee that their communications are interception-proof is to switch to the UMTS network which so far can not be intercepted.

For end users while waiting for operators to implement the necessary security measures to guarantee security on their networks the best option is certainly adding one further layer of security by encoding their calls through the usage of an encrypted mobile phone.

Encrypted cellphones are normal handsets on which a piece of software is installed that generated a 256-bit encryption key dramatically more secure than the normal GSM network 128-bit encryption. Thanks to the installation of the encoding software you can be sure that your conversations are secure, because even if a third party listener should get hold of the GSM access keys, he will never be able to have your own additional key.

By making sure that our counterpart’s cellphone is equipped with the same key, our phone calls will be safe from any kind of eavesdropping, since a hidden listener can only hear an unintelligible noise, absolutely impossible to translate to sounds and words for those who do not have the appropriate decoding key.
Furthermore, this software is password-protected, to prevent unauthorized access by anyone who might put their hands on our phone.

Thanks to this two-tier security cloak, you will then be able to make sure that your conversations stay absolutely confidential. Security and privacy of phone conversations is absolutely vital in fields where confidentiality of communication plays an important role, such as for example politics or public administration, especially for those working with public tenders.

Those who run a business may certainly take advantage from encrypted cell phones, to keep their information safe from competitors, who might be interested in obtaining clients’ names and conditions of sale, in order to gain new business. Police forces can also benefit from it, being able to establish a secure communications channel when carrying out operations against crime.

Even if the GSM network should no longer be bulletproof, the average user still has the possibility to protect himself from unwanted listeners, and law enforcement are still able to keep fighting criminals. For more information on encryption software to protect your phone calls, you can visit the Endoacustica website.