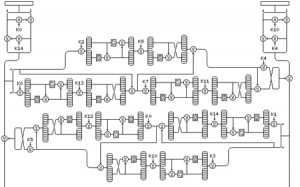 Times are harsh for security and privacy of our mobile phone calls: just a few weeks ago we learned that a young German hacker has cracked the A5/1 encryption used by GSM operators, which now might be made public, with a severe risk for privacy of our conversations.

Today we learned that the encryption system which manages conversations according to the 3G standard, called Kasumi, can easily be attacked and cracked with a procedure that only requires a few hours from an ordinary PC, and that there have already been successful attempts to breach its security.

The 3G encoding technique, called Misty is quite complex, as it uses an array of multiple keys, but its complexity makes it quite heavy on processors. Therefore, the Kasumi system was applied on it, in order to make the encryption process faster and easier.

Unfortunately though, this latter step seems to have created problems in terms of security, and now third generation mobile phone users are starting to wonder whether their conversations are really secure and private.

To be really safe from eavesdropping and prying ears, it is highly advisable to equip yourselves with a second tier of encoding and encryption, by using an interception-proof encrypted mobile phone.

In fact, encrypted phones are equipped with one more 256-bit encryption key, much safer than the 128-bit one used by GSM networks; by using two phones that share the same encoding key, any unwanted access would be thwarted, as the unauthorized listener would only be able to hear a white noise.

So, even though the modern cellular networks are showing signs of weakness as far as security is concerned, there is still a way to keep our calls private!