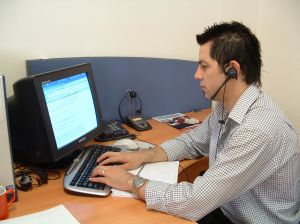 The ever increasing availability of diverse mobile phones on the market, with new and apparently incompatible operating systems, can sometimes end up creating small problems, for example when you are trying to export the data contained on your old phone towards a new one which works under a different platform.

As well, in the phone surveillance field, using a spy software for the different operating systems you can find on our common mobile phones, such as Symbian or Windows Mobile, or on phones with a proprietary system such as Blackberry or iPhone, might create problems if the management software of your spy cellphone is purchased from non certified or non reliable dealers, or if you are using an off-the shelf low cost product.

This kind of software, once it is installed on the spy handset used by the person you want to keep under surveillance, might create some problems in terms of stability, or function in an incomplete or unpredictable fashion, with the danger of raising suspicions or, ultimately, to thwart an entire surveillance operation which went on for months.

For example, a spy software can send you a copy of each text message, both incoming and outgoing, without leaving any trace on the phone on which it is installed. A low quality product might leave some sign, for example in the history of sent messages, and its user would have the opportunity to smell something fishy with his phone, and would start asking himself questions on what’s really going on.

In other situations, a software that has not specifically been tailored on your handset model might encounter some malfunctions, such as for example a sudden reset or power off, which might take place just when we are secretly in the middle of listening to an important conversation, which would then get lost.

The list of problems created by this kind of low cost software tools might go on forever, but the worst of all is that, when you find yourselves in this kind of situation and your phone starts acting weird, the reseller from whom you purchased it might easily blame any trouble on the phone manufacturer, leaving you with a useless product, which might have set you back a small fortune.

This kind of resellers can generally be contacted only via a website, an email address or via Skype (if only they were ever online…). On the contrary, those who have an urgent need in the surveillance field, need not only to be able to constantly monitor actions and conversations of the person under control, be it a family member, an employee or a business partner, but also to be able to get in touch at any possible time with the product supplier.

In such situations, it is absolutely mandatory to consult someone who not only gives you a virtual address, but first and foremost, a phone hotline you can reach almost anytime, and a real address that you can visit if you are around, where you will be able to find experts at your disposal to give you the suitable advice for your needs, because when we are talking about telephone surveillance, protection of your privacy and your security and so on, the issue is not saving money, but rather spending it well!