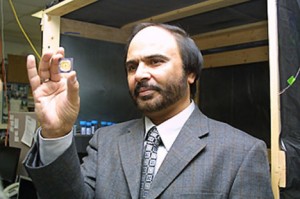 Scientists from the Faculty of Medicine at University of Calgary (Canada) have just disclosed the result of a research project which could represent a real milestone in the history of the struggle against neurodegenerative diseases, such as for example Parkinson’s or Alzheimer.

In fact, the Canadian research team, lead by Naweed Syed, has created a microchip which is capable of detecting small changes in micro electric communication between brain cells, and therefore analyze how these changes may be a sign of the first symptoms of serious diseases.

These neurochips can also be installed in a cultivation of brain cells, which will use it to communicate with each other while, in turn, the chip would analyze the communication between human brain cells. Initially this was only possible for a few cells at the time, while now, a newer and improved version of this neurochip can work even with large groups of cells.

In this way, extracting a sample of brain cells from a patient, it will be possible to examine the way they connect to each other, matching it with how a perfectly functioning group of cells would work. Detecting any imperfection in the transmission of ions between cells, it is possible to detect the early stages of a neurodegenerative disease.

Neurochips are automated, so anyone can implant brain cells. For doctors this means no need for complicated training programs on brain scanners that must anyway be operated under the supervision of a specialized technician. Now, the doctor can be a technician as well, with obvious improvements in terms of flexibility of the analysis work, as well as time saving, hopefully meaning a good result for patients suffering from diseases such as Alzheimer or Parkinson.