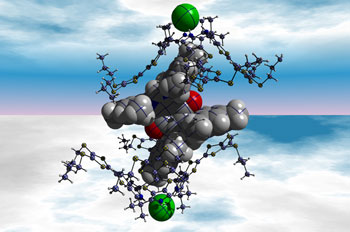 Organic Batteries? For those of us who would like to see the battery of their mobile phone last longer, especially if we are talking about smartphone owners, who know that this type of handset is known for the relatively short duration of a single charge of its battery, a solution might be coming from Texas.

In fact, a group of researchers at the University of Texas at Austin is working on a project to develop a series of organic batteries.
The project is currently only in its early stages, but the idea is to exploit a sort of artificial photosynthesis that could be the basis of an exchange of energy that can be basically unlimited.

According to an article published on the Science journal, researchers from Texas have found a way to artificially create an exchange of electrons at molecular level, which takes place in both directions between two molecules, and that, if exploited properly, could pave the way for historical innovations in the field of batteries, a field that historically has not seen many changes in the past decades.

Once the process is correctly developed and stabilized, the challenge will be to make it happen in a condensed environment, in a real organic battery that could become the power supply of the future, not just for phones, but also for a range of miniature electronic devices which could certainly benefit from it.

For example, even in the field of security and surveillance, the duration of information collection operations carried out by eavesdropping devices, could be significantly extended using miniature recorders or bugs that can work for months in a row, without interruption.

This technology, however, could take years before being available on the market, so we will just have to wait and hope for new developments.