Skip to content
Home » BlackBerry, ban in India has been lifted 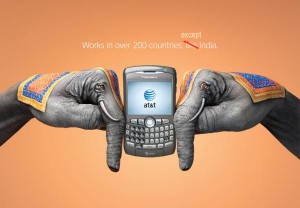 It seems that a happy ending has finally come, for the long story which went on between RIM, manufacturer of BlackBerry phones, and a number of Asian governments that would like to impose stricter measures on use of the RIM platform, in order to ensure themselves the right to listen to phone calls in case of threat to the national security.

Specifically, in India the government has officially confirmed that the negotiations with RIM have led to an agreement under which the BlackBerry Messenger services will continue, and the government can legally intercept the relevant content.

In addition, RIM has promised to find a permanent solution by January 31, 2011, in order to provide Indian government agencies with a continuous access to their encrypted data. The details of the agreement were not disclosed, but surely it is a significant step forward since the beginning of the story, when the Indian government had threatened to close all BlackBerry services at the end of last August.

As that date came closer, the government had instead granted an extension of 60 days to find a solution and this solution seems to have been finally found, as testified by today’s announcement, which follows a similar compromise that RIM had found with the Government of the United Arab Emirates, another one of the countries (along with Indonesia and Saudi Arabia) which had requested access to encrypted data on the BlackBerry platform.

Indeed, the services provided by RIM in the UAE have now been declared legal and compliant with the rules in force in that country. RIM also stated that they are following a similar approach to continue to operate in those countries, respecting local laws and regulations compatibly with its characteristics and principles.