Skip to content
Home » From the USA, a GPS system to find stolen bikes. 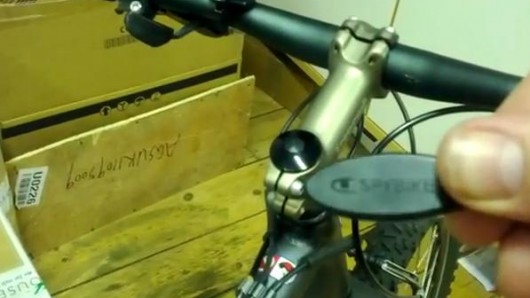 Every day in Italy and all over the world thousands of bicycles are stolen. Although you surely usually lock your bike up, thieves are always wise enough to carry with them specific tools to break chains and open padlocks with ease, even when the bike is tied to a stable and apparently safe support.

According to estimates by the U.S. National Bike Registry each year in the United States alone, bikes are stolen for $ 200 million. From today on, however, regular users of this convenient means of transport will be safer. A new system has been launched on the market to defend against theft: GPS bicycles anti-theft and, as the name suggests, it is a system for the geolocation of your bike once it has been stolen.

Discrete, hardly detectable at first sight, it is hidden inside the trunk of the vehicle, at the top, close to the handlebar. Obviously, although this is an effective tool to find your bike, it’s always good to tie it anyway with a chain.

The device is activated by a supplied electronic key-ring. If the bike is stolen, a vibration sensor will activate the tracking system, which will send you an SMS alert and will start loading the coordinates every 20 seconds until the end of vibration (ie until the bike is being ridden). The unit will then turn back on when the sensor will perceive new moves.

You can track the location of the vehicle through maps via pc or text messages SMS, if necessary, transmit the coordinates to the police. If you forgot to start the unit before the bike was stolen, you can remotely turn it on by sending a text message, even if you don’t bring the key-ring with yourself. So, it will begin to monitor as soos as it detects your message.

The tracking service is free, but users have to equip the the unit with a SIM card, which will be billed for data loading. Actually, the costs, at least in the United Kingdom, are very low.

The GPS bicycles anti-theft uses a rechargeable lithium ion battery that can run for months between charges. When the battery is low, the system sends an SMS alert. The device relies on GPS technologies, functions if the bike is located within a building or anywhere there is not a clear view of the sky. In this case, the unit will switch to GSM mode.