Skip to content
Home » From Switzerland, an antistalking software. Is it really effective? 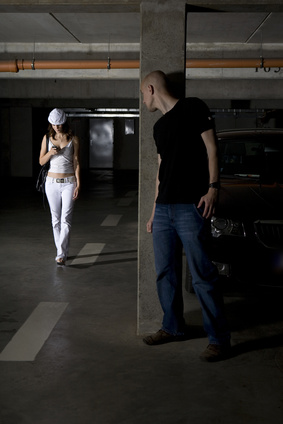 A Swiss company has launched a new version of its antivirus product, which now also contains an anti-stalking software. We have already written, on this blog, about a mobile phone able to immobilize attackers through electrical impulses. The software we are talking about in this article, instead, is completely harmless and what it does is just to delete messages and cancel calls from numbers “reported” by the owner.

The messages will be removed without the recipient can read them, to avoid, in this way, hurting its sensitivity. The stalker, on the other hand, however, receives a signal in which it is said that the message he is trying to send has not been delivered. This, according to Mauro Santi, Mobile Platform Manager of the company in Italy, would make him believe “that the number is off and then theoretically, desist from his intention of persecution.”

By extending this software to the everyday life, owners can also choose “not to receive newsletters or unwanted promotional mails, in the case where the deletion at the source has failed or is impossible.”

This software, which also contains an anti-virus and anti-theft system that allows you to lock and delete data on your mobile device by sending a simple message if it is stolen, is available for Windows Mobile, Android, Pocket PC , Symbian (Second and Third Edition).

Although it may be an effective system against viruses and theft, it remains to ask how it can, in fact, deter stalkers, especially if they decide to call in anonymously, as it happens in most cases.
However, it is esasy to find on the market other technological tools which in a sense act as a deterrent against persecutors. Very common are, for example, voice changers for mobile phones, which allow to change up to 8 timbres of voice and can be used with any type of cell. A small device that can make the stalker believe that his/her victim number has changed or that he/she is always accompanied by someone else.