Skip to content
Home » Scanning of the unconscious, a system that allows soldiers to recognize threats. 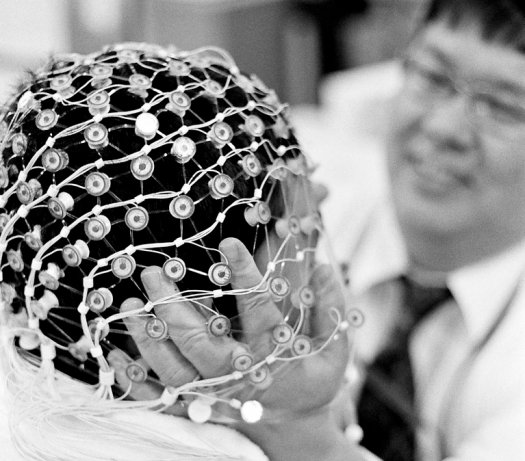 The soldiers who scan the battlefield for threats, besides equipment that allows them to see at night, like the technological night vision goggles, may soon rely on a new instrument: a device consisting of a series of binoculars able to scan the brain, recognizing soldier’s unconscious and bringing it to his conscious attention.

It’s just one of many tools that DARPA and other military research groups are trying to produce, in order to melt the minds of soldiers with these devices. As demonstrated by some reports by the BBC, the mind control of the men on the battlefield is around the corner.

The specific binocular device that DARPA is developing is known as Sentinel (which stands for System for Notification of Threats Neurally Inspired by Enabled Learning), and essentially uses the power of the human brain to capture and filter images in real time, collecting both what the soldier consciously recognizes and what he perceives with the unconscious. Through an electroencephalogram (EEG), the device picks up a signal from the brain, known as P300, indicating an unconscious recognition of something visual.

In certain situations, like when a convoy is heading onto an Improvised Explosive Device (IED), noticing it in time really means saving lives: in these dire circumstances, Sentinel recognizes the P300 signal sent by the unconscious perception of the threat and alerts the soldier, putting him on the alert even before he does himself.

This is not the first instrument used in the military for the control of the mind, but it’s one of the first to actually be working well in practice, in the laboratory at least, although there’s still a lot of work to do, especially as for the weight, which is considered too high to be brought to the battlefield.

It is, however, an important step in the transformation of soldiers themselves into real efficient machines, a tool to stretch the attention span of a human operator and to sharpen his decision-making skills, allowing him to beat the danger to the draw.