Skip to content
Home » From Japan, the camera that turns your fingers into an objective without lenses. 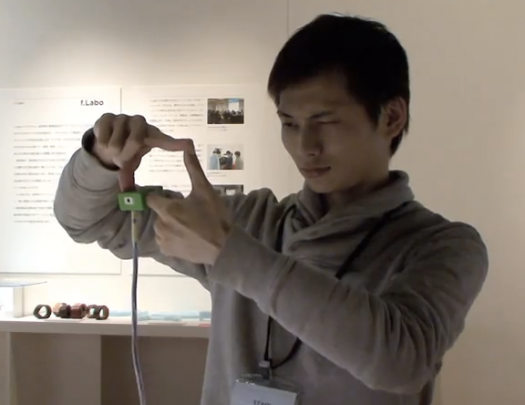 Think of how many times you have used your fingers as a viewfinder to frame an object, a person or a landscape to which you want to take a photo. In Japan they have patented a device that will do exactly that: to transform the rectangle formed by your fingers into a camera objective without lenses.

It’s called Ubi-camera and it is equipped with an infrared system that uses the face of the person who clicks to determine the angle of the photo. So, you just need to move your hands closer to or further from your face in order to determine the view: when your face is close to the camera, you get a wide-angle shot; if you move it away you will get a zoom on the object to be photographed. To take the picture, simply press a button on the small device with your thumb.

With this type of camera, you will not need a viewfinder or a display: what you see between your fingers is a good approximation of what you will see in the picture. The small camera is still under testing and it does not have yet the precision and clarity of images of normal cameras, but the developers are working to improve more and more its features.

The prototype, developed at the Institute for Advanced Media Arts and Sciences in Japan, is connected by wires to a pc, but its developers are already thinking about a standalone device that can work without the computer support. They are also trying to make the device increasingly small.

Think about the possible scenarios that a camera worn as a ring would open up. It would be a useful item for everyday life and even more for those involved in espionage operations, who usually need to take pictures discreetly and without too many things in the way that might arouse suspicion. We wonder if Japanese developers are already planning for the integration of the device with a system for video recording or a mini audio recorder!