Skip to content
Home » A remote-controlled mini-helicopter that can see through concrete walls. 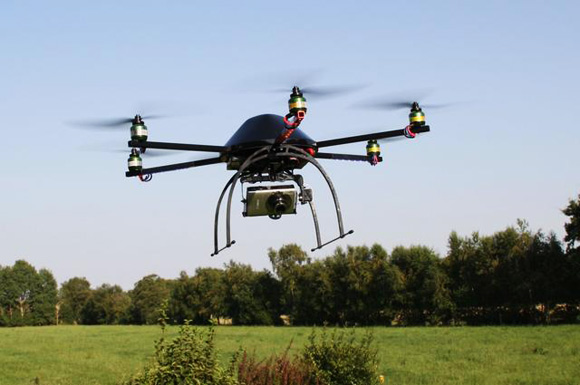 The U.S. company TiaLinx Inc had already designed a mini-robot, the Cougar20-H, able, thanks to some special sensors, to detect a person breathing through a concrete wall. However, the robot showed limited mobility, as it was a rolling ground-based device. The manufacturer has however managed to solve the motion problem transforming the mobile robot in a remotely controlled hexacopter, ie a mini helicopter, the Phoenix40-A, capable of perceiving the human breath and movement in the buildings below.

The remote-controlled mini-helicopter can travel long distances, performing a wide variety of aerial surveillance tasks, including video recording, not only during the day but also at night, thanks to its devices for night vision. But what is more interesting is that he can see through walls, thanks to a system based on radio waves.

The Phoenix40-A can land on top of a building and scan it to check for a human presence, or it can do it on the fly. It is, moreover, also capable of generating the layout of a building with several floors and to send the collected information to law enforcement or troops before they break into a structure. The little robot can also help locate landmines, whether enemy or simply UXO from some past conflict.

But even if the U.S. military has contributed to its development, the Phoenix40-A could also be used for civilian purposes, not only for surveillance in the military. A fast and agile hexacopter able to fly for extended periods without touching the ground may, in fact, be a really useful tool during search and rescue operations after disasters such as earthquakes, tsunamis, etc … The bot, in fact, could travel over vast areas of impassable land to search for signs of life, helping rescuers to locate victims in a fast and accurate way, without wasting time.