Skip to content
Home » Explosive or toxic substances? An application for smartphones tells you how to behave! 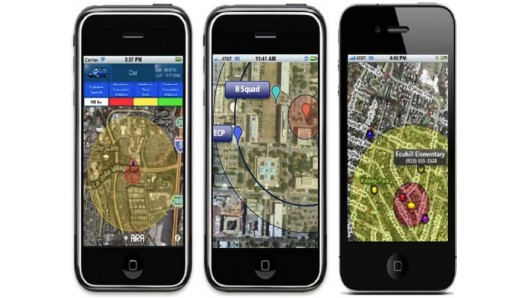 The U.S. Department of Homeland Security released last month an application for iOS and Android that can provide information on how to behave in case of detection of explosive material or leakage of toxic substances.

Imagine a police officer who finds a bag abandoned in an airport or in a crowded place. The first thing that might come to his mind is “in that bag there probably is a bomb for a terrorist attack.” News show, in fact, that this is one of those tactics used by terrorists to carry out their attacks. What, then, in these cases?

The application developed by the American Department of Homeland Security is just the ideal tool for providing guidance on how to behave in those particular circumstances. In particular, it exploits the Google satellite system to locate the exact point where you find the suspicious item and provides advice on factors such as distance to keep, the best locations for roadblocks, and how many buildings would be better to evacuate, and which structural damage and injuries there would be if the bomb blew up. All data that can be labeled by the user and shared by email.

Think about how this application would be useful in case of crashes, earthquakes and other natural disasters. In addition to using state-og-the-guard devices that allow to find missing people and see through walls, those who deal with emergencies may rely on this application, called FIRST, to know what to do if there is leakage of toxic material, as it often happens. The system, in fact, includes information on how to handle more than 3,000 hazardous materials and how the weather, as rain and wind, may contribute to their expansion. This application is now available for those involved in the rescue effort, but it is possible that it will be accessible to the general public. Think about how it would be useful in everyday life, especially for those who are not experts in explosives or that do not know much about the handling of toxic substances!