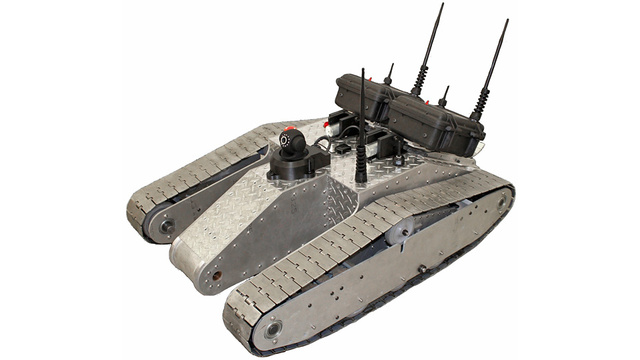 It is not a simple system for cracking Wi-Fi networks, but so much more. It is an robot made of aluminium with the shape of a tank and is able to create a Wi-Fi network and to extend it in potentially dangerous and hazardous places, where connecting to the network is almost always problematic.

Weighing 150 pounds, is strong enough to carry a weight of 200 pounds, but its purpose is not transportation. It is equipped with a Wi-Fi router, a night-vision camera, a satellite tracker, so it can always be monitored, and a lithium battery that lasts up to 12 hours.

It is controllable via a browser interface (this means that it can be monitored from any computer), and contains a series of long-range repeaters that can be deployed at strategic points to allow the connection.

The really interesting thing is that, in addition to extending wireless networks, it can also perform night reconnaissance, moving even on inaccessible terrain, as it is really similar to a tank. Researchers at Northeaster University are studying a system to increase speed and to allow the robot to climb stairs. It has been studied, moreover, a system that will enable it to return to the base if it loses its WiFi connection.

Designed especially for military use, think about how it would be useful in areas affected by natural disasters, where the physical network infrastructure is sometimes damaged!