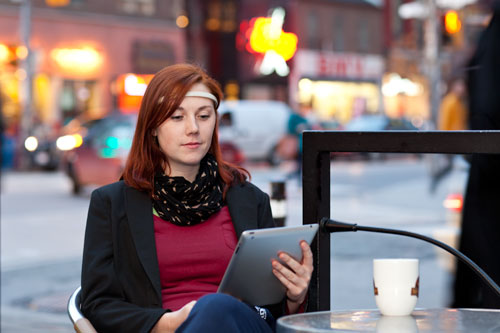 A group of researchers has discovered that our confidentiality may be put at risk by the development of devices for reading of thought. “On the Feasibility of Side-Channel Attacks with Brain-Computer Interfaces” is the title of the research conducted by a group of scientists from the University of Geneva, Berkeley and Oxford, which aims the use of a new type of interface based on the principle electroencephalography (EEG).

In fact, some controllers are already on the market at a reasonable price (from 200 to $ 300) and allow you to interact with the computer programs, video games and other devices using only the mind. Examples would be the P300 Emotiv Epoc, the MindWave of Neurosky or the new Muse. These technologies use the electrodes to read the onset of P300 waves, ie ERP waves (event-related potential), that our brain emits in front to particular stimuli. These devices are enriched with downloadable programs and, as with the normal app developers, the developers in exchange for their service, open a window on the activities of the users, in this case directly on the brain of someone who uses these devices.

So these devices can be used for a real hacking of the brain of someone who employs them. As absurd it may become relatively easy to “read the mind” of the user through this system that measures the reactions of the subjects to the stimuli produced by the same program. From the studies performed on Epoc, disturbing data emerge, already from now that the technology is in the experimental stage, the scientists were able to pick up useful information to reconstruct details as the month of birth, the residence area, the knowledge of other people, passwords and the name of the reference banks.
All information that could increase the sphere of illegality. Of course, judges and law enforcement will take advantage: in addition to the powerful tools of investigation, as bugs and GPS locators, they could use these kinds of “lie detector”, maybe in interrogations.

In the near future when the devices and programs will become much more accurate, it might be possible the reading from a distance of several data contained in the minds of users. Already a step forward has been taken with “Muse” which reduced the size of the Epoc helmet to that of a band around to half of the skull. Muse is not yet a mature product, but its creators have however shown interesting potential. The device is able to interact with iPhone, iPad, Android apps and computer with Linux operating system, all obviously leaving that the machine reads the electrical activity of the brain through an EEG and translate signals into commands to electronic devices through wireless signals.

In theory, these findings may represent valid solutions even if the risks to health aren’t to underestimate: it’s always to maintain for hours on a transmitting machinery to a few millimeters from the brain.