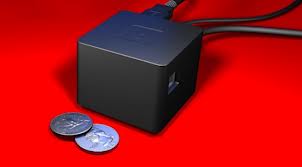 A small cube of 5cm each side may soon steal the scene from the tablet and smart glasses. CuBox Pro, the name of the cube produced by Solid Run in a new version than the first model in 2011. Inside of it, all the features of a pc with bigger dimensions: a dual core chip Arm 800 Mhz, two gigabytes of RAM and an expandable memory of 64 gigabytes with microSD cards. To animate the device, the operating system Ubuntu Linux and now also Android.

In just 91 grams is also contained an HDMI output that lets you connect Cubox to your TV, the integration with Google Chrome allows you to easily explore the web and the media player XBMC turns it into a media center to connect to PC, smartphone or and tablet devices such as Xbox or PlayStation. There is also the digital audio output, dedicated to the home theaters, and eSata connection that allows you to read files from an external hard disk at high speed. In addition, the power consumption at full load is only 3 watts, lower than the 100-150 with a laptop.

In short, the technology can’t do without the small items. Just think to the tools used for surveillance. One of the best examples can be represented by the ultra thin digital voice recorder puts on the market from Endoacustica. In just 7mm thick, 51mm high and 27mm wide, the recorder has a powerful amplified microphone, ideal for recording in every type of environment, covering a distance of over 10 meters.

Compared with the gadgets already on the market, the microrecorder Endoacustica produces files of high quality and at a low energy consumption vwith long periods of recordings, between 300 and 1200 hours depending on the model chosen according to your needs. In addition, the voice activation system (VAS) reduces pauses in messages, extending the recording time available.

The software installed in the DVR allows you to save the recorded messages as normal sound files, set the recording parameters, update the firmware of the recorder and also use the device as a flash disk with a capacity of 2.8 GB. Once made, the files can be easily transferred to your PC via a built-in USB (exchange speed up to 0.7 Mb / sec). The product is available on the website www.endoacustica.com and has been chosen by many professionals and enthusiasts.