Skip to content
Home » The human GPS to know their origins 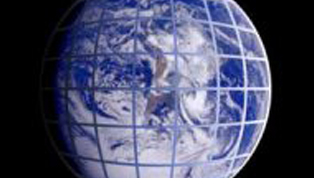 A few months ago in the magazine Nature Genetics appeared a new research related to human genetic mapping. The scientific work speaks of a probabilistic method that combines the genetic traits of each individual to geographical coordinates in order to identify the geographic origins of each person by mapping its complete lineage related to migration that have characterized the various populations over time. Scientists have studied the genetic mutations (SNPs) that have occurred in the human genome and were sent to the inhabitants according to the different geographical areas of origin. The probability that a person possesses these mutations today depending on the geographic location of his ancestors. They are therefore the genetic mutations “transported” in several generations to configure the natural GPS of DNA.

The study resulted a mathematical algorithm based on probabilistic mutations in the genome, which identifies the geographical origin of their ancestors.
The method may, therefore, be a valuable support both in the medical field to study such diseases that affect a particular group of individuals and in zoological field to understand the causes that led to migrations and habitat changes of the animals.

Always of “human GPS” spoke Steven M. Reppert, a neurobiologist at the University of Massachusetts, that along with some colleagues, he discovered that humans, like many animals, may be able to sense the Earth’s magnetic field. The “sense of orientation” of which we hear about, so could have a scientific explanation.

Reppert has been studying the monarch butterfly (Danaus plexippus) identifying in cryptochromes, special light-sensitive proteins, the orientation system of the insect. The butterfly would orient watching the sun at day, while at night these proteins are sensitive to the Earth’s magnetic field, allowing the butterfly to find their way home in the dark. The same gene that encodes the cryptochromes is also active in humans, and this has led scientists to think that we might be able to “feel” the magnetic fields.

Fortunately, those who haven’t great orientative skills can rely on safe localization systems or GSM tracker that ensure the validity of the information even when our “sense of orientation” fails. With these tools it’s easy to find parked cars, house keys, luggage, but also don’t lose sight of children or animals.