Skip to content
Home » The smart TV in a USB key 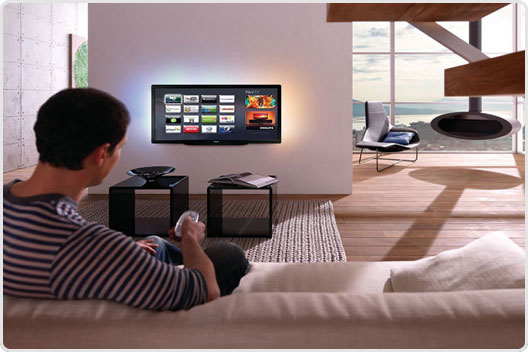 New devices that make “smart” any TV. These systems, mostly based on Android, transform any home screen in a tablet. Apparently they look like bigger usb key, but instead of the connector to the computer there is a HDMI video port that allows us to connect directly to the TV. There are of all types: unbranded and cheaply or branded and with a range of accessories supplied for an easier use.

Among the most simple we find the key Smartkey TV – Movie Pack Asystel (sold to about 99 euro). Essential aesthetically, supports Android 4.4 and the initial configuration is done through wizards. The interface is available in several languages ​​and there are already many applications installed including the online movie rental service. Clearly for this type of apps is important that the Wi-Fi coverage is very good, so as to allow a high speed data transmission. In the package of Smartkey TV there are a HDMI cable and a dedicated controller. Have been found some gaps; seems that the system refers to the key as if it was a telephone and there are a series of applications that don’t have a real use, like the one for the integrated camera which, obviously, doesn’t exist.

Another good example is the Manhattanshop Android TV Dongle U1A (costs 79.80 euro). Aesthetically it is very refined, supports Android 4.4 and behaves exactly like a tablet. The initial interface is empty and in English, with nothing installed, but it gives direct access to Google Play, the market for app of Google, that enables customization at 360°. Even in this case not all the apps work properly. To control the “tablet”, since the TV isn’t touch, we can use any wireless keyboard and mouse, or purchase a separate dedicated controller. Surfing the web is slower than that obtained with the tablet.

Clearly don’t lack the Apple‘s alternative to approach to Smart TV. The Apple TV allows you to rent and watch it on TV all the movies available on iTunes. Although the catalog is very large, it happens very often to don’t find what you are looking for. You can’t install and use app directly on the Apple TV, but we can use it to view the screen of our iPhone or iPad on your TV.