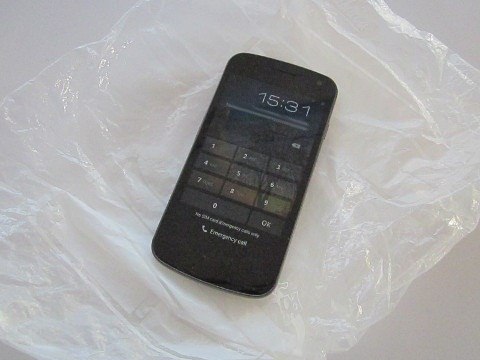 Researchers of the University Friedrich-Alexander Erlangen, Germany have found an easy way to hack the encryption system adopted by the fourth version of Android.
Sophisticated algorithms and software every day manage to access to millions of informations contained in smartphones and electronic devices of all kinds. Behind there is always the work of teams of experts, hackers or not, that studying the characteristics of the systems and then violate them.

It didn’t go exactly in this way for the German researchers that have discovered an unusual flaw in the “Ice Cream Sandwich” system, that is, the data protection of the most advanced Android devices. It’s the cold to ease the encryption that substantially prevents access to the contents on the smartphone without having first unlocking the screen.

The test was carried out not so much to test the validity of the software, but to solve a problem that worries investigators and law enforcement: be able to trace the information contained in a smartphone for legal reasons. Most of the time they are used spy software that are installed in a few minutes on mobile phones of those who want to control and you have the opportunity to listen phone calls, view incoming and outgoing text messages, listen to what is happening around the device and check the position GPS.

More specifically, the researchers put a Galaxy Nexus in the freezer for an hour, bringing it to a temperature of -10°C, then they took it off, put back the battery and they managed to recover contacts, pictures, files and browser history . Hacking is done via software, activated in place of the operating system, able to send the collected data to another machine.

What has happened: when the chips are very cold thay keep longer the data and facilitate the deciphering of protection. The freezing is a technique already used in the forensic field on PCs and laptops, but nobody had applied to smartphones. The method was named Frost, Forensic Recovery of Scrambled telephone.