Skip to content
Home » Two masks to have super powers 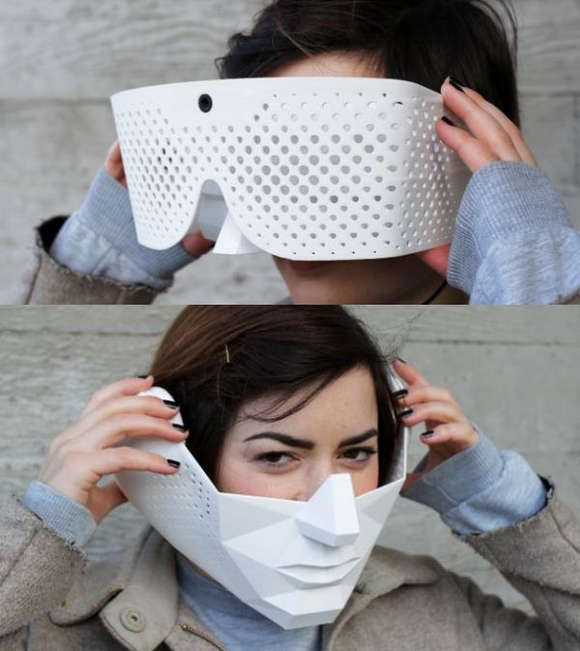 They’re coming superheroes, or rather, super powers. After the smart glasses that promise an “augmented reality”, come from England, Eidos, two masks that will enhance sight and hearing. The appearance of the tool is quite aseptic: white plastic and squared traits.

The mask, hearing dedicated, covers mouth and ears as an helmet without the top. Inside there is a directional microphone that allows you to isolate a sound source while a processor analyzes the received sounds and purifies them from any noise. Then, it sends them to the ear through two speakers and a system of bone vibration so you can hear clearly what is happening at several meters away. The mechanism is very similar to that of the most advanced models of directional microphones that from years excellently fulfill the amplifying function for remote listening.

The second mask, sight dedicated, looks like a pair of giant glasses that cover eyes, forehead and cheeks, the parts left uncovered by the other complementary mask. The surface is perforated with holes of different sizes. Under this sheath is placed a tiny camera that takes everything that happens in front of the wearer. An internal processor elaborates the images captured and projected onto a screen allowing you to see a movement in its sequences. The idea seems taken directly from the chrono-photography, photographic technique of the late nineteenth century that allowed you to record moving objects by taking pictures in rapid sequences.

The creators, a group of students from the Royal College of Art in London, expressed the purpose of the masks: to isolate and analyze the information separtaing them from the chaos of everyday life. In a practical sense the applications can be many, from the the medical to entertainment. At a concert, for example, you could hear in a detached manner the performance of a single instrument. Children with attention deficit and hyperactivity disorder could be focused towards the teacher who speaks, calcelling other sounds. And much more.

Beyond aesthetics, very flashy and impractical, the tools are inserted into the modern “wearable” technology. But the prototype isn’t still perfect in form and substance. Fortunately there are useful tools tested and trusted as directional microphones and micro cameras that offer excellent performances at low prices.