Skip to content
Home » Texting while walking, accidents on the rise 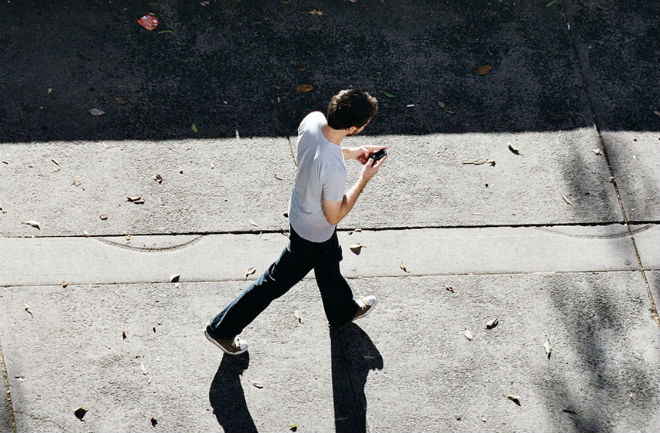 There are numerous videos on YouTube that show episodes in which people, focused on the smartphone screen, have accidents, only sometimes ridiculous, sometimes with much more serious consequences. It will be they have just received a text message, who are monitoring their partner or who want to know where is their child, at all happened to be distracted by cell phone while there are on the street. Few people stop themselves to handling the tool, the most, distractedly, continuing their own path in haste or simply by habit.

It seems a trivial matter, but if the action is carried out distracted in a busy street or with intense traffic, walk without attention can be really dangerous. The same is true if you pay attention on the phone while you are driving.

Crash Alert is the application for pedestrians that has the aim to reduce the dangerousness of that which could only seem an innocent habit. The app is based on a quite simple technology. It’s a microcamera, equipped with distance sensors, which replaces the eyes of those who are distracted by the phone, scanning the road, and impediments. When it detects one, on the top of the smartphone display appears a bar with a red square. The position of the square indicates the direction in which you risk a collision. According to the first tests with this app you avoid 60 percent of obstacles, without, the percentage drops to 20 percent. Clearly, the special software reduces the dangerousness, but it doesn’t delete it altogether.

In 2008, an American research found that the cases of accidents related to the texting on the street had doubled over the previous year. Some people involved had only the nose or a cheekbone broken against a street lamp or a wall, others had much more serious problems. According to the data relating to the accident of pedestrians, in 59 per cent of cases, the fault is of the distraction for the cellphone.

But it isn’t only the direction of the gaze on the display to generate problems for texting while walking; at the base there is the natural limit of the attention span of human beings. In fact, we can focus our attention only on three different objects. This is the reason that leads a person to crash against a wall, while his attention is absorbed by the smartphone or any other type of tools. In practice, while we are writing a text message, our brain is temporarily unable to engage, in a conscious way, to any other aspect of our reality. So there is no app that can change the nature of man.