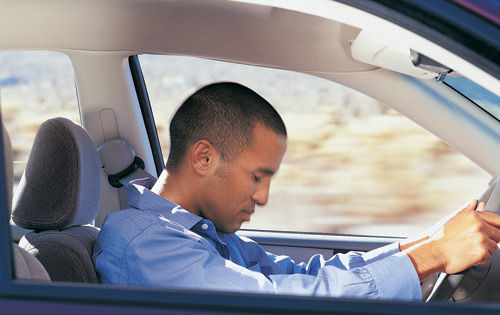 Numerous videos on the web portray inattentive or completely asleep drivers at the wheel of public transports. Dramatic pictures if you think to the high number of users who travel daily by public transport and that entrust their lives in the hands of a stranger.

A research has estimated that between 15 and 40% of major incidents is attributable to sleep or tiredness, often associated with other factors such as alcohol, drugs, hearty meal. It’s enough a moment. The eyes close, the head swoops over handlebar while the hands that grab it are more and more soft.
The “dozing off” is therefore responsible of about one incident in twenty. Tiredness is one of the most important factors with regard to safety. In fact you shouldn’t drive for more than two consecutive hours and every driving time should be followed by 10 minute of break and rest. Little sleep leads to drive more nervous and fast. And then the speed could be another consequence of the bad habit.

A coffee, the radio on, a person beside or a little break often aren’t enough. Endoacustica Europe has tested an antisleep device , which is positioned comfortably over the ear and, in the case in which the head is inclined by more than 15-20 degrees, it starts to produce a loud sound that brings the driver quickly to reality. The product can be purchased online from the site www.endoacustica.com, the “Self Defense”. A little trick that can save your life and the lives of the passengers. The tools should be adopted not only by individuals, but also, and above all, by the administrators of transport companies. Only the smartest administrator always puts safety first.