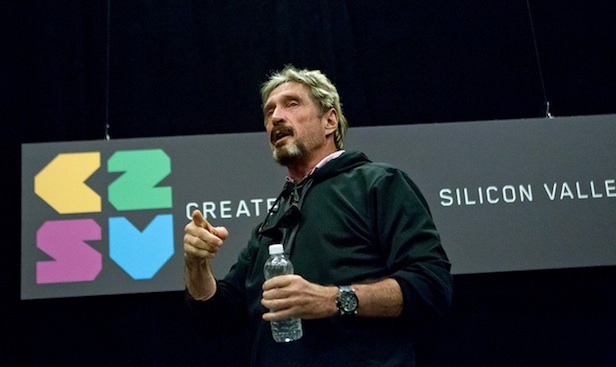 With his new device he promises to block the access to users’ personal data by the NSA. This is the purpose of John McAfee, IT and American entrepreneur, famous for his namesake antivirus. For now, “D-Central”, the name of the device, it’s only a project, but may soon enter the market. The device will be able to create a protection networks around small private networks to make them impenetrable by the controls of the National Security Agency; it will be integrated with smartphones, tablets and notebooks to allow users to communicate with each other via different media. And above all, it will be lowcost: the price will be around $100. Thanks to D-central, internet users will be able to communicate via private networks in movement and sent files being invisible to the controls of the NSA.

McAfee is looking for partners for the development of “D-central”, but he hopes to be able to produce it within next six months. Anti-espionage devices and systems have become a new niche in the tech industry, given that from the “Datagate” on, the privacy issue is increasingly debated. The “D-Central” by McAfee isn’t the first and the only device that can create great protection systems. Just think to the Stealth Phone for telephone conversations, proven tool used from several years. With this phone it’s possible to communicate in complete safety, given that the Stealth Phone allows you to add a high level of protection, safeguarding against risks of interception, now increasingly common. Unlike a cell phone that operates on the encrypted data item, codifying and making them unintelligible to any outside listener, the Stealth Phone protects the call itself, making the phone untraceable. This cell phone becomes in fact a new device every time, thus making its interception and localization impossible, so you can speak freely without fear of being heard or traced.