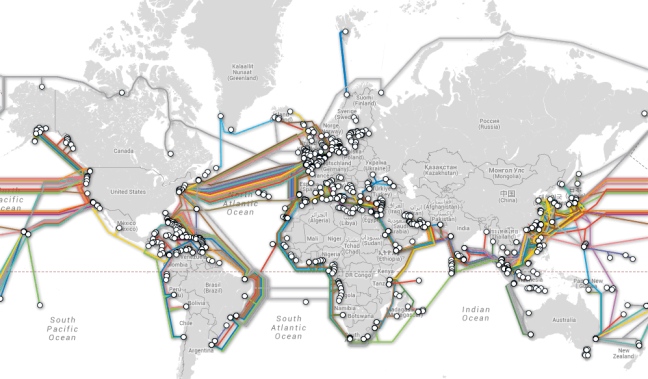 An hidden base to spy on all communications that cross the Mediterranean, created by British intelligence and managed in agreement with the Americans. The British surveillance structure is located in Cyprus, in the best position to control the relations between Europe and the Arab countries. It’s a series of buildings next to the slopes of a disused military airport. Particularly noteworthy are the parables of the satellites but also a large circular antenna, designed to intercept all radio signals in a large area. The espionage work, conducted from that structure, doesn’t concern only the transmission in the ether, but there is also the focus of the monitoring of all data – conversations, email, Internet traffic – that move along undersea cables positioned in the Mediterranean.

The building, remained in the hands of the British, has been in recent years at the service of the Comunication Government Headquarters activities, the British agency that makes electronic interception programs. The role of the Cypriot base takes particular importance for the English primacy in the surveillance of undersea fiber-optic cables, where today run all communications: telephone conversations, email or Internet data traffic. The Snowden’s dossier has reported the control of 14 fiber optic undersea cables: the key arteries that join America and Europe with Asia and Africa. Maps of the fiber-optic undersea cables indicate the island as a hub of numerous lines, that making it a site suited to spy on the communications of the eastern Mediterranean and the Middle East. There are cables that connect Cyprus and Israel to Syria, which are the Anglo-American targets. Other cables connecting Cyprus to Lebanon, Egypt, Turkey, Greece and continental Europe.

To protect your telephone conversations, the most reliable tools on the market today, is the Stealth Phone. Unlike a cell phone that operates on the encrypted data item, codifying and making them unintelligible to any outside listener, the Stealth Phone protects the call itself, making the phone untraceable, and impossible life for those who want to listen to it.   The wiretaps can be based on the IMEI number or on the phone number. So in the case where the interception is performed starting from the knowledge of your IMEI number, change the SIM card there will be of no help, because it’s the device itself to be intercepted.