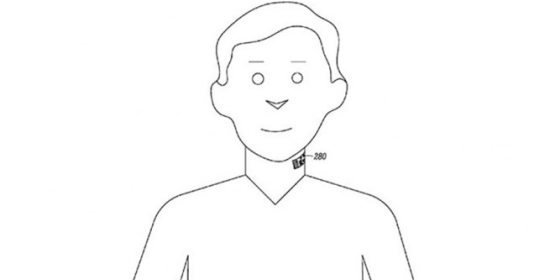 As we know, the technology is more and more wearable, but the new invention by Motorola will leave everyone breathless. The American company, which was acquired by Google for a long time, intends to focus on electronic tattoos. The technical term is “Coupling an electronic Skin Tattoo to a Mobile Communication Device”. It seems a normal tattoo, most probably like an invisible patch, with the function of a microphone, Bluetooth connectivity, capable of interfacing with mobile devices. This will also work with animals and also as “lie detector”, through the analysis of the resistance of the skin during vocal expression, index of nervous tension.

The electronic tattoo consists of a sensor to detect the sounds produced by our vocal cords; when the sound is decoded then it’s forwarded to your smartphone or tablet connected via bluetooth. Surely the idea lends itself to many applications, first of all, it can work as invisible microphone for security and surveillance operations, combining the most technological tools already present in the same field. Now it’s difficult to predict how this tattoo will be produced. The more realistic idea is one that sees the construction of transparent patches that can be applied, but similarly removed. Already long Google in its section of research and development is carrying out the realization of the so called “biostamp”, transparent patches consist of electronic circuits that can be applied on devices and that interact with them while not being physically connected.

There are still numerous doubts on ​​Motorola’s idea. How the device can be powered up? Which is the effective use of the electronic tattoo?. If it’s true that its main function is a simple microphone, how can we communicate? The communication, as we knows, needs of a microphone and a speaker. It’s clear that if you want listen our interlocutor, you still need to have an ear device. Would be more appropriate to use an earpiece. We can’t know what are the real intentions and the actual developments of what for now remains the outline of an idea.