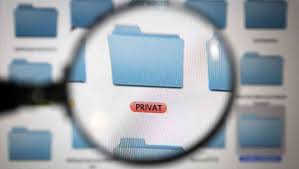 2014 will be, without doubt, the counter-espionage year. After the Datagate scandal that hit the world with different effects depending on the area, many have asked during the  2013 to improve their security and surveillance systems. This isn’t a real innovation, but it’s a inevitable requirement. The principle is the that of the espionage, more and more frequent, especially by hackers, who in 2013 tried to develop them with testimonials and referrals to top-secret documents. In fact, 2014 will eliminate the espionage threats that causes uncontrolled daily damages to many businesses and people, even unsuspected. In 2013 it was brought to light the scandal, in 2014 it’s time to do the math.

We must recognize that numerous espionage acts are often make easy by the lack of equipment against external intrusion. In the course of 2013, smartest employers have already begun to increase the protection level of their companies with constant environmental bug sweeping and with the implementation of video surveillance and pc security tools.

These are monitoring tools that should be in every business whether large or small. In fact, it’s customary to think that small businesses are exempt from espionage, but in reality they are the most affected and subjected to the most disastrous damages.

To these systems are added personal attention for those who believe they can be subjected to indiscreet interception. This is for example the use of mobile phones impossible to intercept, as the Stealth Phone proposed by Endoacustica Europe. Unlike a mobile phone that operates on the encrypted voice data, codifying and making them unintelligible to any listener outside, the Stealth Phone instead protects the phone itself, making it untraceable. In addition there are other tools that can verify the presence of a bug on the phone line.

In short, the wide Endoacustica Europe range can be considered a great ally for the security of business and personal data and informations.