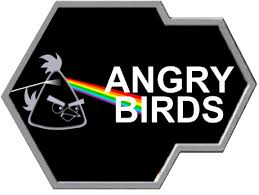 The number of the areas in which it’s possible to spy is more and more large, day by day. After the revelations of last June, of Edward Snowden who had revealed to the world the spy programs of the National Security Agency (NSA), the news follow each other in a continuous manner.

And users have attacked the high-tech companies in order to obtain more details about their relationship with the U.S. government. This led to an agreement between the U.S. Department of Justice and the technology giants. With this compromise the companies can publish more details about the information shared with the Intelligence. Now, the agreement must be approved by the court created with the Foreign Intelligence Surveillance Act (FISA).

In particular, the internet groups will publish general information about how many requests they receive and from whom: NSA or FBI, for example. Also they can reveal the numbers of requests on the basis of one thousand and the number of accounts involved. In addition, Facebook and other companies will be able to provide data in real time, except for the requirements of the Foreign Intelligence Surveillance court that will be made ​​public after six months.

The terms of the agreement have the aim to find the right balance between the interests of the government (which doesn’t accept the leak of information that can help people under control) with the needs of hi-tech groups that need to respond to user requests always more concerned about internet control. In addition, any decision will also be applied to other technology companies that haven’t directly participated in the legal process.

And while more and more people are adopting systems in order to maintain the integrity of their privacy as Stealth Phone and defense tools against unauthorized interceptions, new secret documents, always provided by Snowden, reveal that since 2007, the NSA and the Government Communications Headquarters (GCHQ), have worked together to collect and store data from dozens of applications for smartphones, including the famous game “Angry Birds”.

In fact, among the most valuable tools to collect data, intelligence agencies ​​use  “leaky apps”, like “Angry Birds”, applications for mobile phones that share almost all the user information: from the identification codes of the devices, to gender, age, geographical location and other personal information. The two security agencies have sought to identify the physical location of users via “Google maps”, tried to copy telephone book and phone records, lists of friends and geographic data embedded in photos of who sends a post.