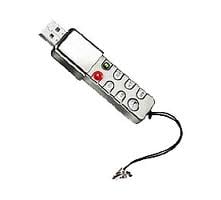 There is no limit to the technological research in order to protect the privacy of users. They are spreading self-destuct tools. From some time are in use of the leading experts some pen drive self destructing. These are apparently normal usb pens, but if they come into the wrong hands, at a minimum force, the microchip in it will self-destruct thanks to micro sensors positioned on the inside, causing the leak of all data irretrievably. These are very useful for entrepreneurs and businessmen who wish to keep secret important data and information without running the risk that the leak of these decrees company failure.

A recent news talks about the presentation at the Mobile World Congress of a self-destruct smartphone. Basically, the phone will self-destruct if someone tries to violate the memory to retrieve data without permission. The smartphone use android system and it seems a phone like the others. But if someone tries to read the data, the software activates the self-destruction of the smartphone making data unusable. This happens through a program that delete indelibly the information making impossible to recover data even for experts in computer science.

It’s certain that at many people don’t like spending a large sum for a device that could destroy itself. Experts in the field, use from years the Stealth Phone, a particular  Endoacustica Europe’s phone, able to make impossible any type of wiretap. Unlike a cell phone that operates on the encrypted data item, codifying and making them unintelligible to any outside listener, the Stealth Phone protects the call itself, making the phone untraceable. In addition, this device instantly alerts the user via a message or a discreet vibrating alarm when someone tries to get into listening. At this point, simply turn off and then turn on your cell phone to be safe again.