Skip to content
Home » World Cup in Brazil: “one of the most secure event in the history” 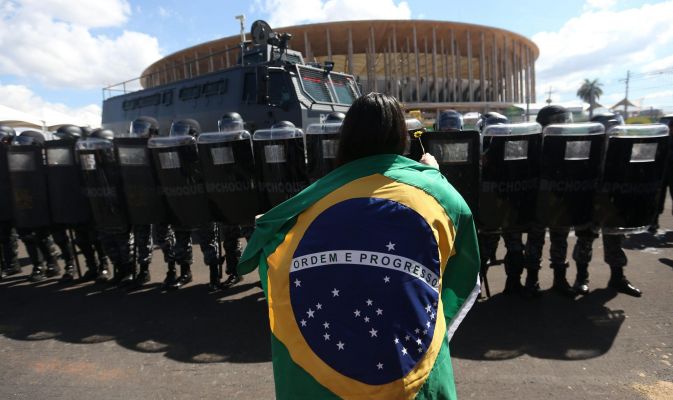 The 2014 World Cup begins on June 12, this year it will be played in Brazil. Be ready, confident and prepared is the philosophy of Brazil that has decided to invest $7 million for the purchasing of high-tech security officers, already used in Iraq, Afghanistan and Fukushima.

At work already from May these mechanical soldiers are set to be super efficient. An example is the robot PackBot 510, very light, equipped with a mechanical arm, high resolution cameras and a GPS, drivable at distance, it can reach 10 km/h and it’s able to recognize explosive systems and dangerous material.

The Brazilian government has decided to buy about thirty specimens to ensure safety in the 12 cities in which they held football matches. They will have the task of examining suspicious areas and objects and sending images and alerts in case of danger.

This investment of about  € 5.2 million, highlighting the government’s goal of Dilma Rousseff, president of Brazil: to ensure that the World Cup is “one of the most secure in history”. But it isn’t only robots. Brazilian police, in fact, will have the glasses for very advanced facial recognition that will expose the subjects sought thanks to high-definition cameras and a database with about 13 million people registered .

They will also be used four Israeli drones equipped with camera, radar and sensors that will monitor the movement of vehicles and persons at a height between 2 and 5 Km.

And it also looks to the network and online attacks for which Brazil is providing with the necessary security measures implemented through powerful technological tools that ensure maximum security.

Fears of Brazil, in fact, for the event that draws attention from all over the world, football game passionate or not, is violent protests (already in place across the country), and terrorist actions.