Skip to content
Home » Increasing of security systems behind the wheel 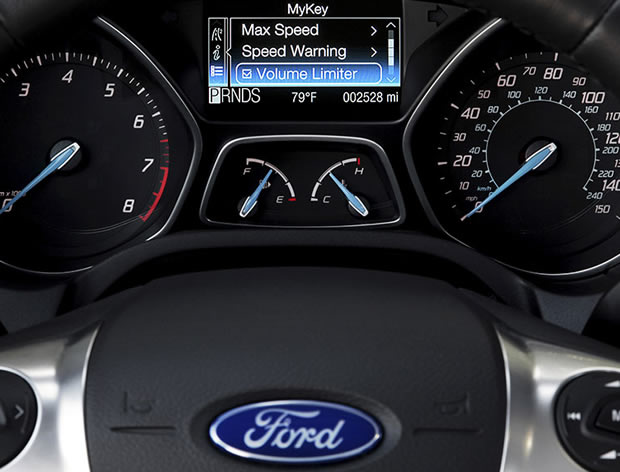 We talked several times about how important is the safe driving. The Anti sleep devices offered by Endoacustica Europe give the most effective solution on the market to the danger from excessive fatigue. Now comes from the United States, the MyKey safety system, which is a security key that limits the car’s speed and the volume of the car stereo. Currently the first manufacturer that has announced the launch of MyKey for its models is Ford.

The device offers the ability to program a number of settings on the cars in which it’s implemented: first, it allows to limit the maximum speed to 140 kilometers per hour; in addition, you can set an audible warning, when the driver exceeds 70 miles per hour. The system allows to the less experienced drivers to be safer behind the wheel and to the parents to feel more confident after setting up the car.

MyKey blocks the operation of the stereo if you don’t fasten your seat belts, and it maintains the level of stereo audio within the set limits. Another important function of the safety system is to make impossible the deactivation of the warning of obstacles while driving or during parking.

The importance of these devices lies in the repeated requests by families to curb the possible excessive behavior behind the wheel by young people. Exceeding the speed limit is in fact a constant danger for the young, involved every day, especially on weekends, in accidents often death too. That’s why these devices are welcome, as they ensure to the families to manage and set limits to the unscrupulous behavior of young people behind the wheel.