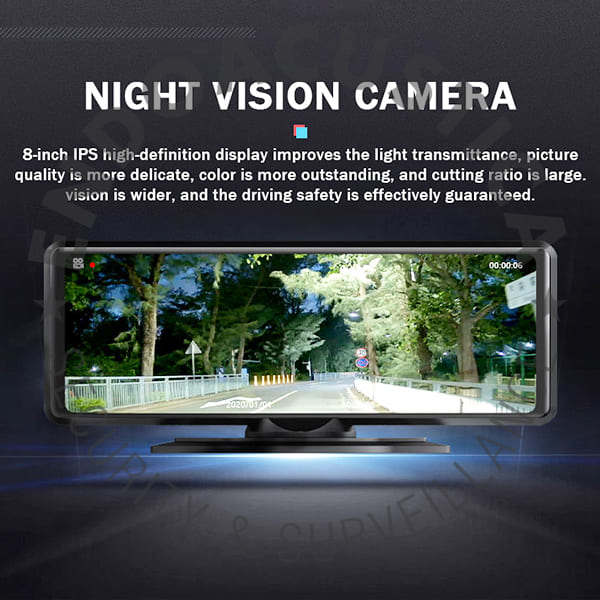 Infrared Cameras? Some luxury cars already sport cameras which use near-infrared (NIR) light to see more clearly obstacles or dangers on the road at night. Using these radiations, though, requires the car to be fitted with infrared headlights. In alternative, one can use thermal image cameras, which on the other hand require a complicated and expensive cooling system to keep their sensor at a constant temperature of 193 degrees below zero.

But in Germany, researchers from the Fraunhofer Institute have created the infrared cameras that solves the problem, thanks to a particular sensor which works perfectly even at room temperature.

The core of this system, called IRFPA (Infrared Focal Plane Array) is a so-called microbolometer, a sensor which absorbs long-wave infrared light (LWIR). By using an array of these microbolometers teamed up with a chip, researchers have been able to create a two-dimension image.

In the moment when one of the sensors absorbs light, its temperature would go up, and this change of temperature is recorded by the chip, which converts it into a digital signal, that is then sent to the camera which in turn transforms it into the final image displayed on the inside of the car, used to detect, for example, a dog by the side of the road who is about to suddenly cross it.

Thanks to the opportunity to get rid of complicated and expensive cooling systems, LWIR cameras might in the future find possibilities of application in many other fields, for example on normal cameras or for the photo camera module of our common mobile phones, which would be greatly improved not only in terms of sensitivity but also in energy saving, as no more energy would be needed to cool down the sensor.