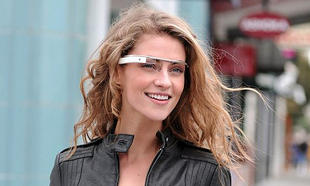 Could be the top objects of the technology of the new year. Smart glasses. Were launched by Google in early 2012 as “augmented reality glasses” that can keep users constantly connected to the Internet without use the hands.
Obviously this new idea was quickly imitated and integrated. The last competitors, in chronological order, are the cousins of the Microsoft. This patent, submitted by Redmond, would be aimed at providing real-time information about your surroundings. Data on everything that the user sees, from objects to large events. The lenses, capturing the gaze direction, will govern the display and the optics in the best way.

Are Tech Glasses The Future?

While Google  Tech Glasses have very similar characteristics to those of a smartphone, Microsoft proposes a “wearable computing” that works in real time and with new features.

We don’t know which operating system will be used for these tech glasses, but obviously they will be equipped with the most classic and now indispensable tools: camera, tracking systems, microphones, WiFi and Bluetooth.

These type of glasses could be the evolution of the surveillance systems on the market for some time. These are spy glasses with a video camera and a recorder built-in that allow for fun or for professional reasons to record what happens around without being seen. In fact, the mount hides the micro audio and video tools.

Endoacustica spy glasses have a built-in memory card with the capacity of 4 GB, in which the files are saved.
The devices are usually used by law enforcement or intelligence agents, but more often are bought by people who want to take hands-free, by who practice sport or even by those who need to gather evidence furtively. This type of systems and many others can be purchased from the website www.endoacustica.com.