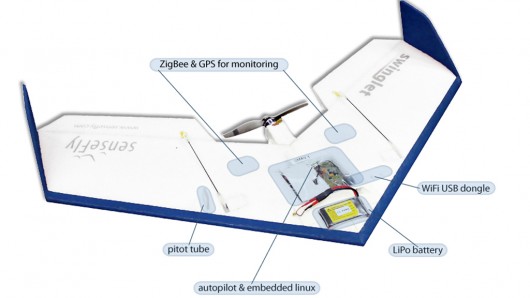 Miniature Robots? An international research project in several countries like Sweden, Spain, Germany and Italy is working on the development of microscopic robots, as small as insects, which in a near future might carry out several tasks if used in a group, wirelessly interconnected with each other.

The I-SWARM miniature robots (the acronym stands for Intelligent Small-World Autonomous Robots for Micro-manipulation) are based on a single chip, mounted on a 4-mm circuit board. Inside this single chip are installed the modules governing motion, communication with other robots and power saving.

What are miniature robots?

All this is molded, by using a special conductive glue, on a flexible double-sided circuit board, which is folded in two thus doubling the available surface. The micro robot is powered by a solar cell located on the top, and movement is performed by three miniature legs, plus a fourth one working as a touch sensor.

By integrating tens or hundreds of micro robots among each other, making them communicate via infrared sensors, it is possible to program them as a whole group, setting them up to carry out complex tasks that a single robot would never be able to accomplish, such as, for example, cleaning of large surfaces, assembly or installation of micromechanical parts, and a whole lot of other jobs.

In a more distant future, a swarm of micro robots on which, along with the infrared sensor, one might install a micro camera, could be used for surveillance and monitoring operations on large sensitive areas, almost completely invisible for thieves or spies, who would certainly not be able to locate and destroy each and every robot.