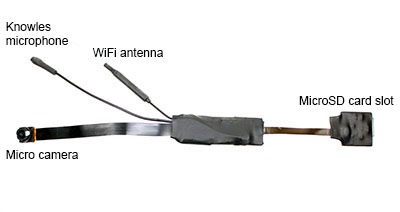 Analog Surveillance Cameras? JVC has just announced the launch of four different models of analog cameras for closed circuit surveillance systems, which are capable of working even in extremely low lighting conditions (0.05 lux for color images, 0.006 for black and white), and with an electricity consumption reduced by 40%.

In spite of the fact that the security industry is taking giant leaps towards a widespread usage of digital systems, at the current stage analog CCTV systems are still holding a 90% market share for this kind of installations.

JVC-made Super LoLux surveillance cameras along with their high sensitivity, also feature a high resolution (580 TV lines) and are equipped with a digital signal processor. They also have an automatic electronic shutter, automatic gain controls and a 2.0x digital zoom.

What are the pros and cons of analog surveillance cameras?

The dome-shaped model is protected against vandalism and attempted theft, so it’s more suitable for outside usage or for protection of places such as banks and shopping malls; its aluminum chassis mounted with special screws provides total protection against any attempt to remove it, while the transparent polycarbonate dome can withstand even the most violent shocks. The box type is equipped with ExDR Plus system, which improves the camera performance in conditions of high brightness, allowing for a better vision of objects or people in the foreground against an illuminated background.

Although the trend of technological advancements is quickly heading towards switching to digital systems with IP transmission, good ole analog systems are still more than able of doing their steady job, even at night!