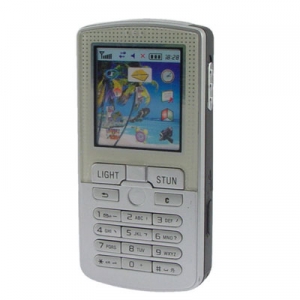 Kinetic Energy used to power your phone? Some time ago we have seen, one the pages of this blog, how it is possible, by placing a particular kind of panels on the road near highway exits, to harness and store kinetic energy generated by cars.
The next step will be gathering this kinetic energy directly from vehicles in motion, and using the stored energy to power small electronic devices on board the cars, trucks or planes.

This operation of kinetic energy harnessing will be possible by the application of particular piezoelectric crystals, developed by the City College of New York, about half inch by one inch in size, which can be mounted on the roof of a vehicle, be it a car or a plane, and their vibration would generate an airflow that would be gathered in order to produce a voltage that can power your phone.

At the moment, researchers are working on optimizing the system according to the vehicle on which it is mounted: as you can imagine, turbulence and vibrations to which the crystals are exposed will vary enormously between a car, a truck and a plane.

How much kinetic energy is produced to power your phone?

Of course, the energy generated is not enough to ride a car or to fly a plane, but it could be used to power some small electronic devices inside the vehicle. For example, of mounted on an aircraft, it could be used to supply electricity to the passengers’ portable computers, mobile phones or MP3 players.

Inside a moving car, usage of this kind of system could be used to charge the battery of your mobile phone; in the surveillance field, specifically, it could be very useful to power hidden listening devices such as GSM bugs. In that case, the problem will be how to mount the whole system, including sensors on the roof… Stay tuned, time will tell!