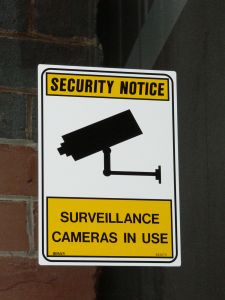 Ultimate Spy Camera? The greatest fear of the 21st century, more than incurable diseases such as AIDS or cancer, is undoubtedly the fear of falling victim of a terrorist attack, which might strike us at any time, no matter where we are.
For this reason, a large chunk of state budgets of countries that are more exposed to this kind of threat (that is, the Western World countries) is used to finance military expenditures in research of weapons or defense systems, video surveillance or eavesdropping of phone calls and conversations between people who might be suspected in planning or executing a terrorist attack.

What is the ultimate Spy camera

An example of this kind comes from the UK-based military research lab located at Porton Down, where an array of systems have been tested, made up of sensors and data processing units, mounted on planes and helicopters, either manned or unmanned.

The aim of this research project is to detect suspicious movements, especially in order to prevent possible attacks from terrorists using IEDs (Improvised Explosive Devices) that is, homemade bombs, often the most dangerous because they are the most difficult to detect and neutralize.

In order to prevent this kind of attacks, electro-optical cameras used in this research project are designed to identify people in unusual positions, such as for example those that one may have when holding or carrying a weapon, or an explosive device which must be handled with care to prevent it from going off before its time.
Furthermore, it is also possible to identify changes in the terrain profile, which might conceal a bomb, a weapon storage facility or other suspicious activities.

According to the definition given by Andrew Seedhouse, director of the research project at the British Defence Science and Technology Department (DSTL) this system can be considered as the “ultimate CCTV”.

For example, if a homemade bomb goes off, it is possible to track back the data of the minutes or hours preceding the explosion, to be able to track them down later and prevent further attacks, or to use them as a future reference.

If, analyzing the footage from the ultimate spy camera taken before a blast, a person in a strange posture is detected, because he is carrying a bomb, whenever in the future another person is found in the same person, this would result in an alert sent by the surveillance system to personnel on the ground, allowing them to intervene in time to prevent a possible attack or, alternatively, to make sure that no malicious intent lies behind this posture.

During a two-week test period which involved flights in and around the research facility, the ultimate spy camera has picked up an amount of data around 4000 terabytes (over 40 million Gb). By using these cameras intensively in high risk areas such as, for example, Iraq or Afghanistan, it would be possible to gather an enormous quantity of data and details, matching information about places, people, vehicles and suspicious behaviors to effectively monitor an entire country.

In short, we are looking to a real Big Brother just like the one that Orwell imagined in 1948, but this time, for a good reason!