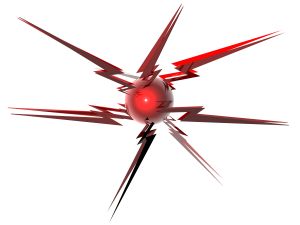 Radar Camera? In Japan, researchers from the public broadcasting company NHK are working on the development of a new kind of camera called “millimeter wave”, which works with a principle similar to radars, and is capable of visualizing images of objects and people thanks to the usage of radio waves instead of visible light, even if the people or objects in question are hidden behind a thick cloud of smoke or fog, or even behind a wooden wall.

How radar camera help in seeing through the wall?

This is made possible because the camera itself can emit radio waves at a frequency of approximately 60 GHz. Once these waves detect a person or an object, they basically bounce on it, and they are then picked up by a receiver. What the receiver does is measure the time that the wave uses to travel to the object and come back to the radar camera, thus being able to produce an image by using these response times.

The images generated by using this radar camera, at the present stage, are blurred and at a very low quality, but at least, they can be used to detect the presence of a person or an object behind the obstacle that blocks our view.

Due to the low resolution of these images (which is a point that researchers are working on) it would not be possible to use this technology for real TV footage to be sent on air, but this kind of technology can be very useful not only in the video surveillance field, for example to detect the presence of a group of people in an area under control.

Alternatively, it could be a life saver if used by firefighters during rescue operations in a place where fire broke out, allowing them to detect the presence of moving people on the other side of a thick cloud of black smoke, allowing firemen to promptly intervene and possibly save lives in danger.