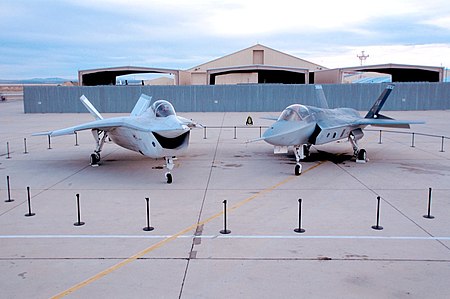 Supersonic Jet? For the first time in history of military aviation, a jet fighter capable of taking off and landing vertically, and also equipped with Stealth capabilities to escape enemy radars, has been able to flay beyond the wall of sound.

How supersonic jet able to take off and land vertically?

This achievement was reached by an F-35 series jet fighter, called F-35B, which a few months ago had already completed its first test run for vertical takeoff and landing (VTOL) and last week reached the supersonic speed of mach 1.07, a first step towards a final target speed of Mach 1.6.

The Joint Strike Fighter program, which includes development of this kind of aircraft, had already reached the not-to-be-proud-of achievement of being the most expensive weapon program in the history of the United States (and the world, of course), but thanks to these results, the money spent is finally paying off.

The program stems from the idea of building supersonic jet fighter planes with different characteristics and capabilities, but all based on using common parts for at least 70%, which makes maintenance a lot easier, as well as providing a high level of flexibility and interchangeability of the different systems on board of an aircraft, with the final aim to replace fighters currently in service and using a common standard.

For example, the F-35 jet, both conventional and with vertical takeoff, should in the long run replace F-16s and A-10s used by most of the NATO countries, and should sport two interchangeable engines manufactured by Pratt & Whitney and Rolls Royce.
All this, in 2009 only, cost a whopping 650 billion dollars, that is, around 43% of the entire Department of defense budget for the year.