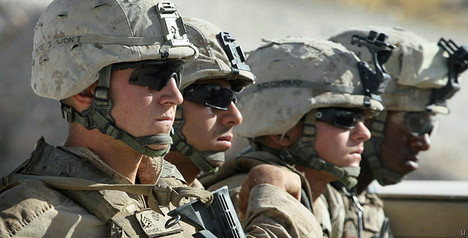 A protective helmet can do wonders. The latest technological gizmo which comes out of the DARPA research labs seems to come straight out of a science fiction movie, but it is actually real and military authorities are planning to use it on soldiers in war zones to improve their efficiency.

Stemming from a simple concept, according to which our feelings are ruled by brain activity, researchers came to the conclusion that the human brain can be provided with the “right” stimulations to induce it to reach optimal performance. In this specific case we are obviously talking about battlefield performance.

This performance is achieved thanks to a helmet, which contains several electrical stimulators, connected to a computer placed at safe distance and capable of interacting with its wearer’s brain. The sensors mounted inside the helmet would send electrical pulses to the computer, each impulse corresponding to a sensation, and the computer would respond by sending back micro stimulations which can generate induced feelings.

Thanks to these stimulations it will be possible, for example, to reduce the level of stress, improve cognitive and reactive capabilities, or even increase the level of tolerance to pain, thus inducing a soldier to keep on fighting even if he is not seriously wounded. Basically, all this amounts to a remote control of the soldier’s mind, which turns him into a war machine.

Of course, along with questions on whether this will work or not, this project arises questions from an ethical point of view, as it would completely get rid of the protective helmet human factor, turning soldiers in real flesh and blood robots, programmed to follow orders verbatim without realizing when they are passing the limit which gets them into a dangerous situation. At this point, it would be better to send REAL robots, thus saving human lives in war.