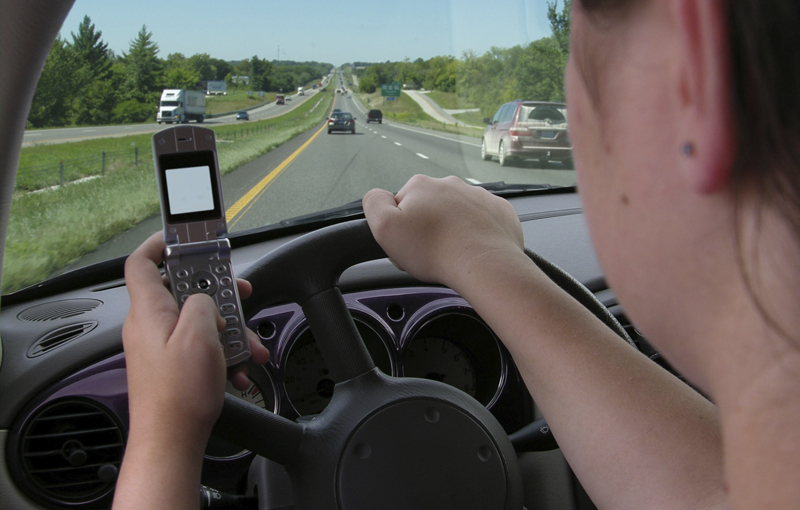 Distracted Driving is a deadly threat to lives in the USA. The data collected by the National Safety Council, denounced the deaths of 11 American teenagers per day due to the sending of text messages while driving. The careless use of mobile phones would be the distraction that cause 25% of accidents per year in America. Situation very alarming if you consider that in many U.S. states to drive while talking or fiddling on the phone is perfectly legal. Obviously the problem is not only of young people but also of adults who during several polls have admitted to use usually their cell phone while they are driving.

U.S. telephone companies have tried to remedy this trend with various awareness campaigns that have seen also one of the protagonists much loved by the teenager, Justin Bieber. Actually, there are already apps that allow you to send text messages by voice command, but it seems that these have brought few results in terms of safety. It’s strange that in the immensity of the apps that are churned out every day isn’t still available an effective solution to the use of mobile phone safely.

For now, we shall resort to parental-control, that is entrusted to the parents the control of the phone while driving his son. Planting a spy software in the mobile phone of the boy, for example, you can control what it does with the phone in real time and know when and how it is using the device. Furthermore, the same tool allows you to listen to what is happening around him, and so it’s easy to understand if the person is in the car or not.

Another research conducted by the Automobile Club of Italy estimated that between 15 and 40% of major incidents can be attributed to sleep or tiredness which is cause for distracted driving, most often associated with contributing factors such as alcohol, drugs, hearty meal. Just a moment. The eyes close, the head go down against the handlebar while the hands that hold it are always softer.

Falling asleep suddnley is therefore responsible for about one incident in twenty. Tiredness and distracted driving is one of the most important factors with regard to the safety, in fact you should not drive for more than two consecutive hours and should be done after each period of driving, at least 10 minute break and rest. Sleep little leads to drive more nervous and fast. And so the speed may be another consequence of the bad habit.

The coffee, the radio on, a person beside or a little break often aren’t enough. Endoacustica has tested an antisleep device, which is positioned comfortably over the ear and, in the case in which the head is inclined by more than 30 degrees, it starts to produce a loud sound that brings the driver quickly to reality. The product can be purchased online from the site www.endoacustica.com, the “Self Defense“.