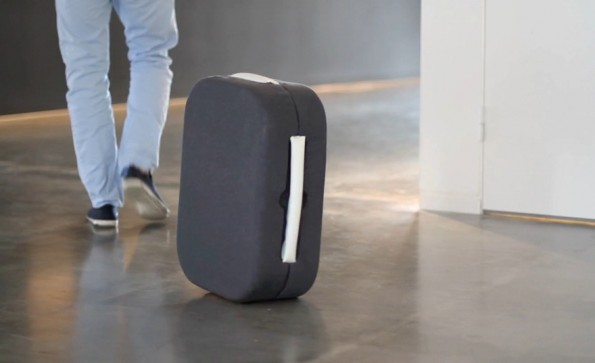 Packing your smart suitcase is always a problem. Weather conditions, formal and informal dresses, comfortable and casual, but also suited to special occasions that may occur…In short, a grind. And what often we create is a baggage too heavy and almost entirely useless.

About 25 years ago, a pilot of the Nortwestern Airlines tried to obviate to the problem of having to lift heavy luggage introducing the trolley as we know it today: with wheels and pull-out handle. This invention forced the airlines to invest in the redesign of planes and the airports had to gear up of facilities for the wheels as the treadmills for trolley.

Is Smart Suitcase The Solution?

Today, we continue to work to make the smart suitcase more durable and burglarproof. To respond to this second aspect of “antitheft” were introduced small satellite tracking systems that, placed into the baggage, allow to track it in real time. So you always know where it is and eventually realize that the trolley is taking strange ways avoiding theft or loss.

Today they still work for the evolution of the dear baggage, Rodrigo Garcia Gonzales, a young Spanish designer, has invented Hop!, a carry-on suitcase that follows its owner. The name, Hop – the smart suitcase, recalls the way in which are called the bellhops of hotels that have the task of carrying the suitcases of guests. The device works thanks to a microprocessor and three receivers able to interact, through the Bluetooth connection, with the smartphone’s owner.

Activating the signal with a mobile app, the suitcase locates its owner and starts to follow him at a distance, slipping on the floors of the hub; if the signal is lost, the suitcase automatically locks itself and the phone-guide vibrates, letting the owner know the his travel companion is stuck.

To avoid collisions against its owner, the suitcase moves remaining at a certain safety distance thus being more exposed to the risk of theft compared to a normal baggage and even more compared to one localized through GPS.

Gonzales, to deal to this problem, has equipped it with a command that allows to the baggage to lock and close itself tightly; however, if they steal you the suitcase, the fact that they will have difficult to open it isn’t a consolation. In addition Hop! moves too slowly for the busy life of airports. In reality it is still a prototype, not yet ready for the market.