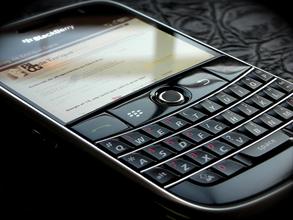 Blackberry Spy Phone is in the market for decades. The Federal Information Processing Standard has stated that “The system of the Canadian company is the safest and the most suitable to be used for the exchange and the sharing of confidential material between the Americans agents”. There is no story, at least in this field, for the product of Cupertino.

Big success so for Rim (Research In Motion), the Canadian telecommunications company that has recently developed the platform BlackBerry 10. With this valid system, for example, within the memory card, the new data are written above the deleted ones so as to eliminate them altogether.

The new Rim platform will arrive in early 2013. Android, iOS and Windows Phone aren’t result up to receive the go ahead for the protocol FIPS 140-2, which ensures that the data stored on devices are adequately protected and encrypted. That is what guarantee the encrypted devices themselves. The protocol, conferred by the National Institute of Standards and Technology, is mandatory for mobile devices used to convey confidential and sensitive information.

The Blackberry Spy Phone – The Best Power Tool Out There

According to the system in force in the United Kingdom and the United States, the BlackBerry 10 can be used to send and receive documents classified as “limited” level and following. It isn’t suitable for the information cataloged with canons of secrecy of any level. The British government has yet to ratify the Blackberry Spy Phone safety certification, the previous OS Blackberry 7 has already been approved.

On the other hand transform the Blackberry into a real spy isn’t difficult. It would be enough to install a software provided by leading companies in the field of espionage and surveillance as Endoacustica Europe. Installing this program, the smartphone would be able to listen phone calls and read messages in and out of the cell that you want to put under control. And there’s more.

With the spy app software Endoacustica you can also hear what is happening around the phone “controlled”. A real monitoring system for professionals and passionates.