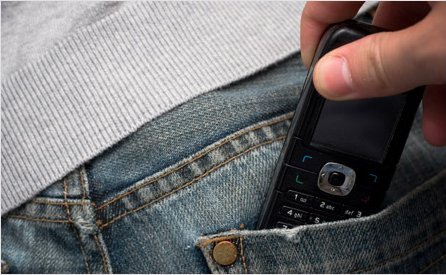 Is a kill switch for phone your savior against theft? One hundred twenty thousand a year, ten thousand a month are the mobile phones stolen (or loss). These are the numbers from the homeland of mobile phones, smartphones and tablets thieves: London.

The Mayor, Boris Johnson, and the police are really troubled about the weight of these statistics and asked to the same companies devices producing to investigate about what is happening. In particular, they asked to Apple, Samsung and Microsoft to study which is the mechanism to disable illegal or dubious origin smartphone.

The case arose from a guy who ,in one year, has gone over 170 times in the Apple store in Regent Street asking and obtaining the replacement of “his” iPhone promptly dented. For each request he has got a new smartphone. But clearly the situation has intrigued managers, because it wasn’t a single case and, under similar circumstances, there had been also in Samsung.

The three giants have proposed a “Kill Switch For Phone”, an option, that works also from a distance, that “kills” the phone, making it useless and at the same time recognizable as a product stolen from its rightful owner (a evolution of the existing application “Find My iPhone”). So to prevent that the villains, like the boy of the 170 visits, to get away and even have, thanks to the exchange used-new, a nice packed smartphone. It isn’t clear if all the companies have accepted the option.

Against thieves of smartphone & co there are battles going on in different parts of the world; the American police notes 113 phones stolen (or lost) every minute, for a total of 162,000 per day. The ideas and the means to achieve the “kill switch” are there, but who knows if corporations will act in haste and by mutual agreement. Meanwhile we cannot stand with folded hands, there are already efficient devices to prevent that our smartphone is lost, along with all the sensitive data in it. Kill switch for phone is the ultimate solution for this.

Among the most reliable systems there is a software proposed by Endoacustica Europe. It’s a program that is installed on the mobile phone easily and allows to receive on another default smartphone (called pilot) the GPS location of the same. So if the smartphone is stolen you will know in a few minutes where the phone is and then get him back in your hands in few time. A solution already adopted by many people to protect the large number of personal data contained in the devices. The loss of these informations could cause damages higher than the subtraction of the same cell phone.