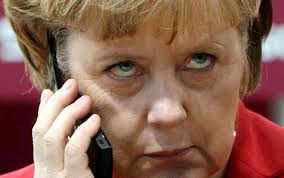 Germany takes concrete action against American espionage and orders two thousand of super safe phones, equipped with a sophisticated anti interception system to ensure the safety of the conversations of its politicians. The decision was taken after many revelations about Datagate due to the former consultant of the American NSA, Edward Snowden. It seems that everything is reported in a confidential document of the executive Chancellor Angela Merkel.

Two thousand phones, equipped with a safety mechanism, may ensure the future transmission of sensitive data away from danger of interceptions. As with many businessmen and politicians who daily adopt these security systems. Months ago the Germans have discovered that even the Merkel cell had been brought under control by agents of the National Security Agency. The anti-espionage president, Hans-Georg Maassen, called the state officials to greater discipline in telephone conversations: sensitive information can compromise an entire state.

In recent weeks, the discovery of two German agents bribed by American intelligence services to obtain sensitive information has soured relations between Berlin and Washington on the activities of the agents of espionage in Germany, which led to the government’s decision to expel from the country, the head of the U.S. agents.

And if the German Chancellor has arrived at this point, certainly there will be good reasons. The same that push every day people to purchase Stealth Phone that allow them the transfer of data and information in complete safety.