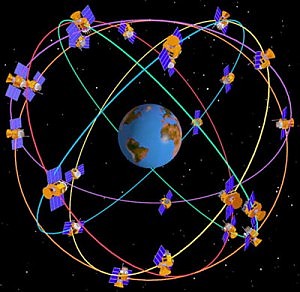 GPS air traffic controller systems are not only useful to find your way back home, to avoid traffic jams or to track down a criminal under surveillance, but within a few years they will also be used to locate flying commercial airliners.

In fact, the US Federal Aviation Administration, in agreement with the Obama administration, has set the guidelines according to which any aircraft, within year 2020, will have to be equipped with a GPS positioning system in order to have access to US airspace, and to land in the country’s busiest airports.

Thanks to this system, airliners will be constantly transmitting their position information to the traffic control center and to other planes around them, giving controllers a clearer and more updated picture when compared to what can be obtained with the current radar systems.
In fact, thanks to GPS planes will send their position every second, while current radars update position of aircraft within their range every several seconds.

Furthermore, this will allow the aircraft itself to be sending its position to the control center, and not the latter scanning the air as it happens now. The real breakthrough lies in the fact that, if the airliner is equipped with the necessary technological devices, the pilot will be able to see exactly what the controllers see, including, most of all, other planes around them, thus dramatically reducing the risk of collisions in the air or during takeoff and landing phase.

In a few words, although GPS air traffic controller system is seen by many as a modern version of Big Brother capable of monitoring people and vehicles at any time, such an application can only be beneficial for security of our travel and, ultimately, of our life.