Mini Tape Recorder? Until a few years ago, the common man could rightly think that mini tape recorder were tools that could only be used by secret agents and spies, who were using them to collect evidence against their enemies or criminals; alternatively, they could be seen in the hands of journalists during an interview.

The increasing development of digital technology, the ever-smaller technological devices of the twenty-first century (from mobile phones to MP3 players,that have taken the place of the old Walkman, or to digital cameras and so on), and their increasingly accessible cost, are factors that have contributed heavily to large-scale deployment of tools that until a few years ago seemed to be only exclusive to an elite audience, or at least to those who had a certain financial reserve.

Nowadays, however, for a few hundred dollars or less, anyone can put their hands a technological device that would make James Bond envious, and gadgets that the main character of Ian Fleming novels boasted in his old movies. For example, the mini tape recorders are no longer to be seen only on the big screen, but they are now a common part of everyday life, in many different situations that, until a few years ago, even the fervent imagination of a spy story writer could hardly have imagined.

There are various types, which may for example be hidden in everyday objects. So what at a casual first glance might look just like a normal key ring, a fountain pen, or a USB stick, could actually hide a tiny recording device with a sensitive microphone that can pick up hours and hours of conversations around it and record them in an equally small memory card, through which they can easily be downloaded to a computer via the USB port. 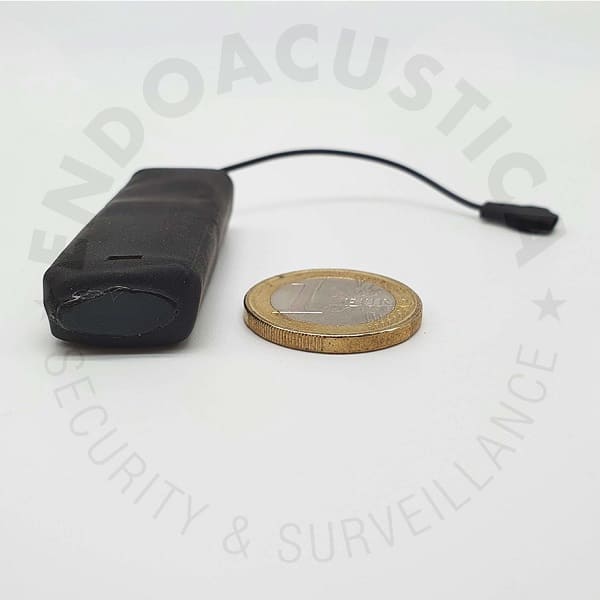 Thanks to its small size and extreme ease of use, modern day mini tape recorders have become increasingly popular, and not only among private detectives or secret agents, but also with the general public, and with people who use them in different ways. For example, during an important meeting, if you take notes you may lose some detail along the way, while using a mini tape recorder you can comfortably listen to the content of the speech at a later stage, making sure that you do not miss even the slightest nuance.

Similarly, a student during a lesson could record his teachers and review the lesson at home, or someone who is stuck in the traffic, and must prepare a speech or presentation, can take audio notes on the go, then work on it easily after reaching the office.

Depending on your needs and intended use, there are digital micro recorders for all tastes and budgets, with different characteristics and looks, to be used secretly or visibly, with different capabilities that allow recording from a minimum of 3 hours to a maximum of 1200 hours of conversations, eavesdropping, notes and more.
Everyone can find the miniature recorder which allows them to use it according to their needs, and all this, why not, at a cost compatible with their budget.

For more information on various models of mini tape recorders available and their characteristics, as well as a series of articles for collection of information in a discreet way, we recommend that you visit the Endoacustica website, where you can contact our experts and receive advice on the best model to suit your needs.