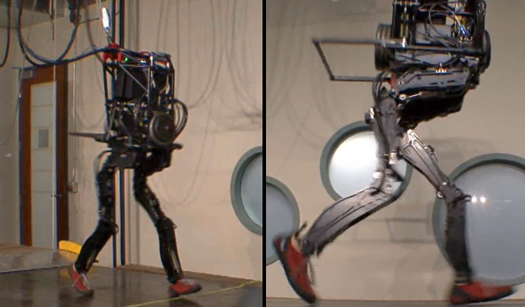 The Defense Advanced Research Projects Agency is launching a new humanoid robot called Petman that could be used for military or civilian use, in rescue operations, for example. The new robots would not only be able to walk and run, but also to climb stairs, get into a vehicle and drive it, open the doors, free environment from the rubble and save lives. Remote controlled, but only in part, will also be able to “take decisions” by itself to complete its task.

What Can The Humanoid Robot Do?

That’s not science fiction, but the result of a continuous competition between researchers at DARPA, which will finance six teams of hardware robotic and twelve other of software robotics. Who will give the best results will have a higher remuneration. A great way to give a jolt to the U.S. Robotics which currently is still a step back to the Asian technology.

Moreover, in Italy, at the University of Pisa, researchers are developing  a humanoid robot with facial expression identical to that of humans, (FACE is its name) opening up a movie scenario. Think about how these pieces of technology can be used in different occasions, from every day life, in particular dangerous situations or for surveillance purposes, as if you had a keeper in the flesh, to natural disasters, wandering through the rubble, for example, looking for signs of life, perhaps with the help of tools to listen through walls.

All scenarios that are being transformed from imagination, or engineering, to a reality in which men increasingly interact with their robotic alter ego to improve the quality of life and personal safety.