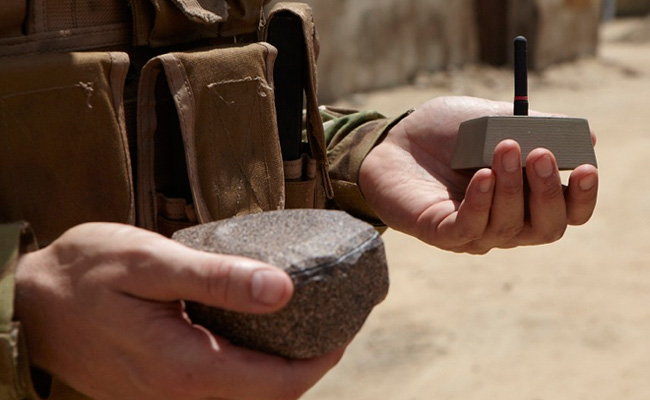 In addition to the telephone wiretapping and PC monitor tools, now also came the micro video bugs hidden in the stones. As we know, the bugs can be hidden almost anywhere, but this new frontier of surveillance is rather new. Such is the nature of a hidden spy device.

In this way we can be monitored even if we don’t use the phone, or if we don’t surf the internet. The stones are designed by Lockheed Martin, which produces the F-35 fighters and helicopters used by U.S. President, Barack Obama. It’s an hidden software powered through wireless sensors, able to provide a discrete and continuous monitoring in a unit so small that may be contained in a stone or in the rocks. This “stone” is equipped with some tiny sensors, able to switch on at the passage of a person, and send a signal to a drone or a camera that is located nearby.

Hidden in fake rocks or even buried, these micro cam of the SPAN system (Self-Powered Ad-hoc Network) operate as real “overseers” that detect and transmit a signal of our presence to the nearest control center, where can be lied in wait the person who wants to control us.

It’s hoped to employ the “spy stone” primarily in the military field or for espionage, surveillance, border protection, monitoring and security of bridges and pipelines. So another solution to watch without being seen through the use of professional spy cameras.