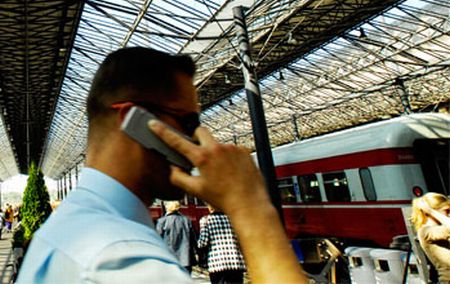 More and more frequently, on newspapers’ headlines, we can read news about telephone wiretapping of conversations between politicians, business men, public officials and “important” people. Nowadays, anyone who knows even just a little of a person in certain circles risks that his conversations are intercepted. The only solution is the use of an encrypted stealth phone.

Through the different systems developed by the technology applied to the cell phone (GPS trackers, network access, app and software ..) we are always reachable at any place and at any time. This advantage can quickly turn into a curse at a time when we share sensitive information, or simply personal ones with a person whose phone is placed under control. We would be in danger of having our name exposed, and might be facing consequences for our personal life or business.

To save ourselves from this kind of intrusion of our private space, and to make sure that our confidential conversations remain confidential, we need to be equipped with an Endoacustica encrypted cellphone. It’s like a normal cell phone, but inside, there are a powerful 256-bit encryption software that guarantees transmission of our phone calls in an encoded format, which cannot be decrypted by any third party.

We just need that the person at the other end of the phone call is equipped with the same encryption key, and our calls will be absolutely safe, impossible to decode. The secret key can be edited at any time, thus adding one more layer of security. The installed software is completely invisible and can be password-protected.

You have to know that wiretappings are mainly based on the identification number of the device. So, who thinks to be safe changing the SIM card and using the same cellphone solves nothing. In this moment, the most advanced model is the Stealth Phone.

It’s equipped with a software that continuously changes its handset identification number (IMEI). This phone doesn’t need another encrypted phone to work properly and it can work even as stand-alone. It also has a built-in firewall that would notify you in real time of any intrusion attempt with acoustic sound or blinking light notification. There are also landline phones to ensure secure phone calls at any time.